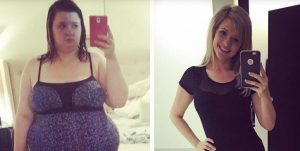 It’s no surprise that a lot of men want their girlfriend to be thin. But, it’s absolutely not justified to judge a person merely on the basis of how he or she looks.

Harrassment and horror stories are aplenty related to this.

However, Christina’s boyfriend did not want her thin because of jealousy!

That, were the unpleasant circumstances for Christina Carter, a 28-year-old who fought against her weight and wanted to get rid of it. When this gal discussed with her boyfriend about plans to get gastric sleeve surgery, he was mad. When Carter began shedding off the pounds, he became exceedingly jealous, which naturally led her to dump him.

The girl went through gastric sleeve surgery, which resulted in a 50 pounds weight loss. With eating and working out, she shed another 100 pounds!

She had a abdominoplasty to rid herself of excess skin, and she’s now living a happy and content life.

She dumped the unwanted weight, and she also dumped her terrible boyfriend. From Carter’s story, we learn that removing and controlling negativity from her life just might be the most crucial part of all.

Don’t let anyone dictate what you can and can’t do with your life. If you have any kind of goals, go for it. Just get rid of anyone who does not believe in you you and wants to hold you back in the dust. 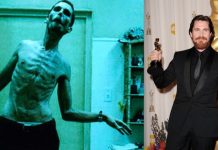 These Insane Hollywood Transformations will shock your mind